Posted on 6, September2015 by Michael

After having all the original Smith’s instruments in my latest Austin Healey restoration entirely rebuilt I was rather disappointed to discover that the fuel gauge reading was so erratic that it was difficult to know just how much fuel I had unless I stopped the car and waited for the fuel in the tank to settle. 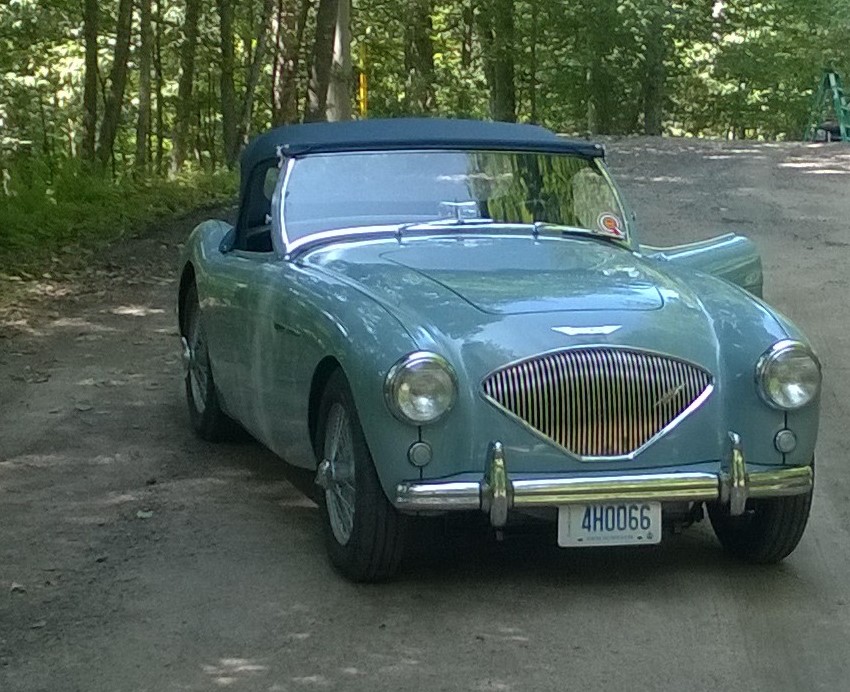 As I was checking the gauge wiring I recalled a modification that I had seen many years back while replacing the fuel tank in an MGA which, based upon the condition of the exterior of that sender unit, must have been done in in the late ‘50’s or early 60’s. The sender units used in almost every British car that has Smiths or Jaegar instruments operates the same way and requires the current that actuates the gauge to pass from the float arm to the sender body through the area where the arm rotates in the body.

After tracing the electrical path in the Smiths sender unit, I realized the purpose of the  sender unit modification that I had noted on the MGA so many years ago.

As the unit ages clearance develops in the pivot and, over time, fuel evaporating off the surface inside the hole in the body leaves a “varnish” that coats most of that surface. This varnish is an insulator and as the gauge arm moves within the hole in the body the circuit makes and breaks randomly as it rotates within this “varnish” and it is this action which makes the movement of the gauge needle so erratic.

The obvious solution was to provide a more stable path for this current and this, as I had noted on the MGA’s sender unit, was easily achieved. 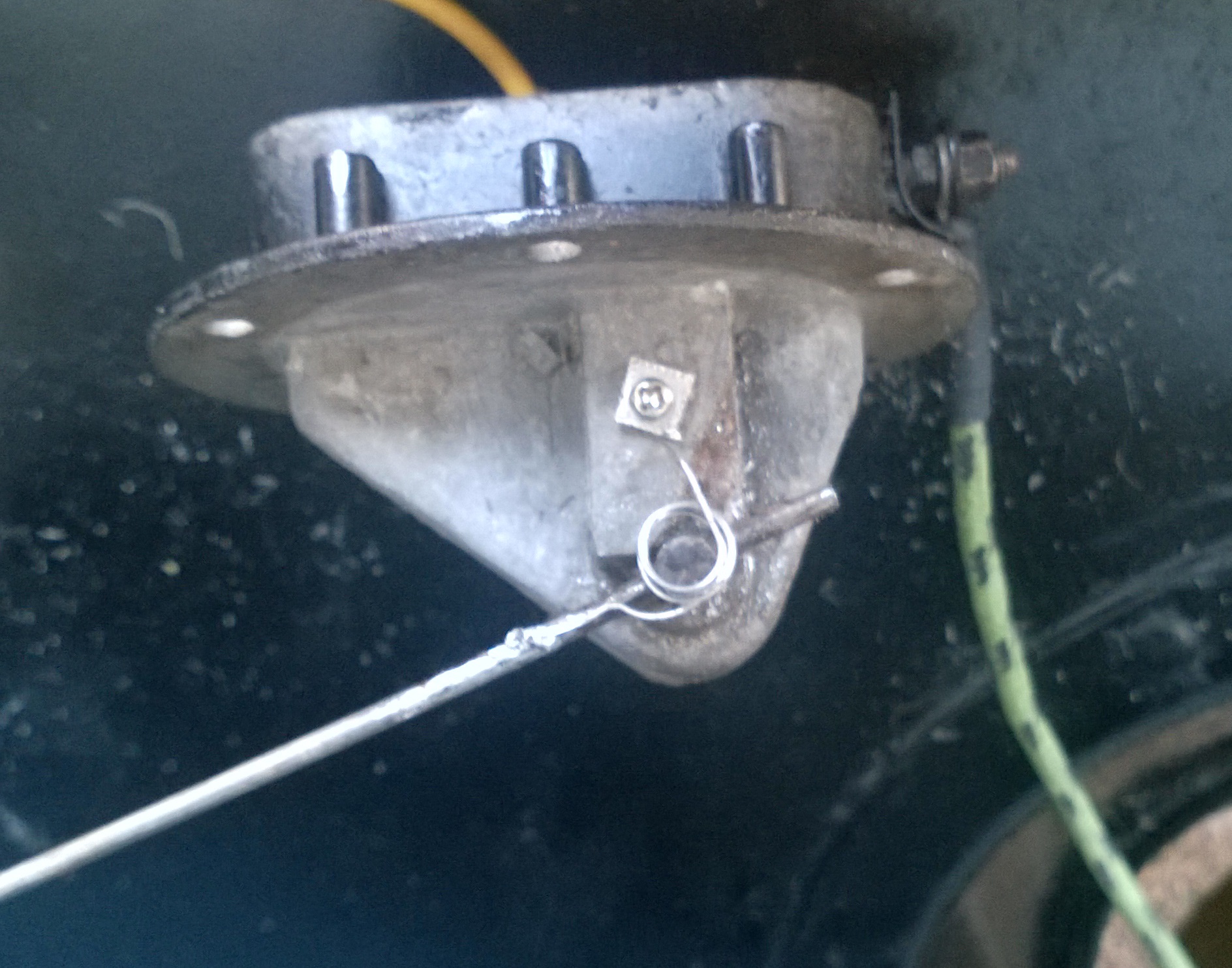 I wrapped a short length of a single strand of thin zinc plated brass wire around a nail to produce a few coils then attached one end to the body, using a small self-tapping screw and washer (the only one that I could find that was small enough was square), and soldered the other end to the float arm. The purpose of the coil was to allow the wire to flex throughout the range of movement of the float arm without fatiguing and breaking.

The result was nothing short of miraculous!! As can be seen in the attached video the gauge needle is very steady and accurately shows the level of fuel even over a very rough section of roadway. (My driveway!!!)

Who is this guy? Born in New Zealand some time back. Went to Maori Hill Primary School then Kaikorai Valley High before joining the RNZAF and an Airman Cadet in 1968. Graduated 1972 with an NZCE in Aeronautical Engineering. Then embarked on the typical Kiwis "Big Trip Overseas". Got to see quite a few places, and spent a while in the U.K. "home" as it was refered to by many New Zealanders in those days, before travelling on to New York and then to Canada by bus!! This trip is presently on hold (has been for the last 34 years). Met my dear wife Judy not long after arriving in Ontario and we have been happily married since 1976. After travelling around New Zealand and the pacific in 1979 I started Precision Sportscar andfor the next 23 years grew the business and helped raise 2 boys Drew and Robin.
View all posts by Michael →
This entry was posted in Healey Stuff, Restoration Techniques, The Restoration of Healey #174 and tagged Antique Auto Instrument Repair. Fuel gauge, Fuel gaga. Bookmark the permalink.